Charmosan face cream first appeared on the market in 1926 and a few years later in mid 1929 Charmosan face powder appeared.   Once again the old ploy of inferring the product was made in Paris was employed, and the face powder was labelled Poudre Charmosan to reinforce that idea.  The face powder was packed in a cream box with orange medallions much like cameos around the edges and on top another cameo with a gold crown.   It is an attractive design.

Charmosan cream was described as light and greaseless and an ideal base for powder while also removing wrinkles, fading freckles, soothing and repairing sunburn, in fact quite a miracle cream.   When advertising the product famous American actresses such as Mary Astor and Dorothy Mackaill seemed happy to promote the product.  Both Charmosan cream and Charmosan face powder had disappeared from the market by the mid to late 1950s.

The firm of Clement Black of Sydney and Melbourne manufactured Charmosan products; the owner of the business being Mr Victor Clement Black.   In December 1934 Mrs Ada Black accidentally took an overdose of a sleeping draught and died.   Her death was ruled accidental and not a suicide.   Three months later, in February 1935, Victor Clement Black took his own life by gassing himself at his city office; he was aged in his mid 40s.   A suicide note was left and family and friends said he was quite despondent following the death of his wife. His death was recorded as death by suicide and his business interests were left to his brother, Sydney Henry Black.    He left an estate valued at £30,000 (AU$60,000) a considerable sum in 1935.

The Sydney office of Clement Black was in 12 Little Regent Street and in Melbourne at 630 Collins Street.   It is not clear where the products were actually manufactured.

Known frangrances of this company 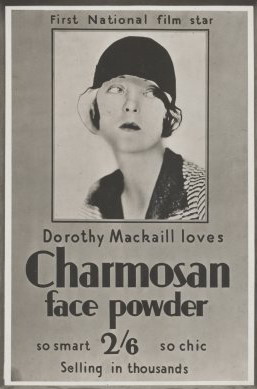