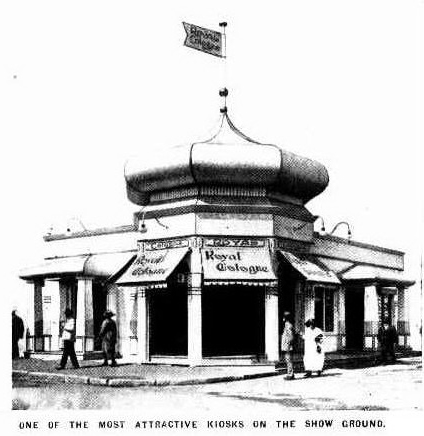 The firm of Elliott Bros. was established when three brothers George, Frederick and James Elliott purchased an established importing, wholesale druggist and dry salting business in Sydney in 1859.   The brothers expanded the business to include the manufacture of drugs and chemicals and the sale of surgical instruments.  Elliott Bros, was registered as a public company in 1885.

Under the management of James Frederick (son of George) the company flourished. James Frederick Elliott or Dr Elliott as he was more correctly known had obtained his Ph.D. in Chemistry from a German university. During WW1 when Australia’s dependence on overseas chemical supplies (in particular from Germany) was acutely felt Elliott Bros. extended their ability to manufacture bismuth, a vital ingredient in many medicines, as well as various fertilisers and mineral acids.

Elliott Bros. chemical works were in Rozelle/ Balmain with a branch office in Brisbane.   Like many chemical companies the manufacture of perfume was a small sideline and it appears that Royal Cologne and associated Royal cosmetic items were the main scent range produced. 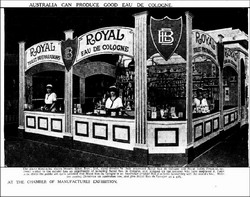 At the 1922 Chamber of Manufacturers Exhibition, the Royal Cologne stand was a popular exhibit.   A photograph of the display in the Sydney Mail of 25 October 1922 is headed  “AUSTRALIA CAN PRODUCE GOOD EAU DE COLOGNE”.

In 1923 the company had what must have been an amazing exhibit at the Sydney Royal Easter Show.   A middle eastern styled pavilion (pictured top) with Royal Cologne signage and inside a model of the famous Jenolan Caves with a perfume waterfall.   The image shown below includes what appear to be fabric stalactites mimicking those you would see in the caves.   The sales girls behind the counter would probably have offered a spray of the cologne to tempt you to purchase a bottle or a decanter in much the same way that perfume cards are offered today.
‘Royal' Eau de Cologne Exhibit 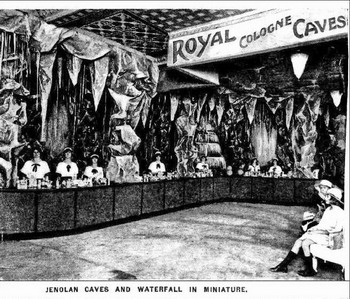 A unique and spectacular exhibit on the Show Ground was the 'Royal' Eau de Cologne Caves and illuminated waterfall modelled on the famous Jenolan Caves. The whole exhibit was housed in Elliott Bros., Ltd.'s stand, and attracted considerable attention and comment from the thousands of show visitors who passed through the stand during the progress of the Show.
It must be mentioned that 'Royal ' Eau de Cologne and 'Royal' Toilette Preparations are entirely Australian products, made by qualified chemists, and it is claimed that they are equal in every respect to the best imported lines of their kind.
Elliott Bros. were agents for a number of imported proprietary medicines, cures and household products such as Scrubbs Cloudy Ammonia and Paternosters Gout & Rheumatic Pills.   In 1888 they advertised that they were the agents for 4711 Cologne and I have a small perfume card in my collection advertising Divinia Perfume by F Wolff & Sohn of Karlsruhe with a calendar for 1912 with “Elliott Bros. Sydney” on the back.
Royal Cologne continued right through the 1930s when the outbreak of war ended Eliott Bros. involvement in the perfume industry.   They had more important work to do.   These images of a display of Eliott Bros perfume bottles date from 1938. 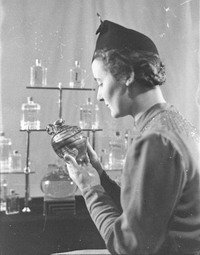 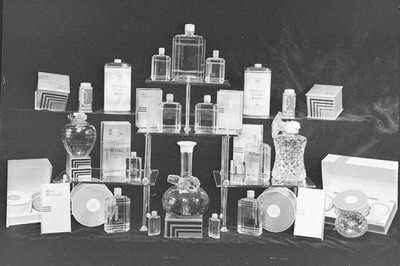 In 1930 Elliott Bros. became part of Drug Houses of Australia - DHA.   DHA was formed through the amalgamation of of some of Australia’s largest chemical companies.
Known fragrances of this company