In 1872, the first Soul Pattinson Chemist in Pitt Street was a one-room shop and within a year larger premises were needed and the pharmacy moved down the road to 158-160 Pitt Street.

Due to the pharmacy being destroyed by fire in 1886 another was built in its place aptly named the Phoenix Building, complete with a phoenix on top of the front facade. This building is still standing and is one of the nation’s busiest Soul Pattinson stores. By 1880 there were pharmacies in Balmain, Newtown, Oxford Street, North Sydney and Redfern.

The Soul Pattinson retail outlets expanded rapidly between 1920 and 1937 with more than fifteen pharmacies opening in New South Wales, in Sydney suburbs from Bankstown to Hurstville, and in the Newcastle region. Today there are over 80 Soul Pattinson Chemists nation wide.

Soul Pattinson Chemist is now wholly owned by Australian Pharmaceutical Industries (API) following the acquisition in May 2000. API is an integrated healthcare services company with four core business operations – pharmaceutical, distribution, manufacturing, retail pharmacy brands and hospital and medical distribution. It was established as a chemists’ co-operative in 1910 and listed on the ASX in 1997.

Washington H. Soul Pattinson Chemist is one of Australia’s leading Pharmacy groups. For over 130 years, the company has been providing pharmacy services, professional care and value for money to the community through Member owned pharmacies. 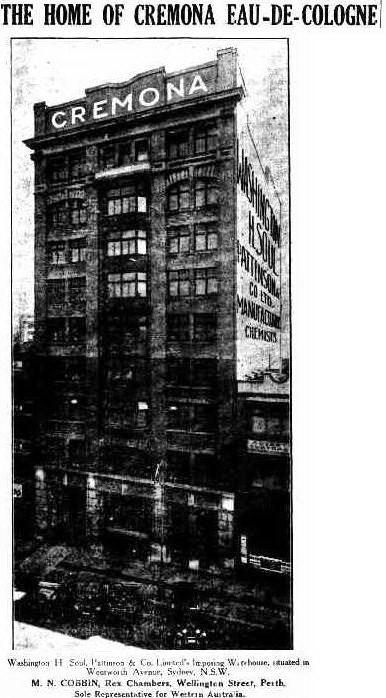