The "Parviola Company" was the name of the perfume branch of a well known Melbourne company, Blogg Bros.   I think I agree that Parviola Perfumes is a better name than Blogg Perfumes.

Blogg Bros. were pioneers in the extraction of perfume from Australian native flowers and plants, in particular wattle blossom and boronia.   Large quantities of these extracts were exported overseas.   Between 1895 and 1900 the company held the warrant as "Official Perfumer to the Governor of Victoria", Lord Brassey.

Mr John Kendrick Blogg was born in Toronto, Canada in 1851.   He studied chemistry at Toronto University before becoming a junior partner in his uncle's firm of dispensing chemists.   He left Canada and arrived in Melbourne in 1877 and in 1884 established a partnership with Herbert Grist as manufacturing chemists based in Flinders Lane in Melbourne.  In 1884 he registered his own company, J.K. Blogg & Co. Ltd with his factory in Moray Street, South Melbourne.  In 1892 the name changed again to Blogg Bros. with the headquarters at 15 - 17 St. James Street, Melbourne although the perfume side of the business remained in Flinders Lane.

In 1899 premises adjacent to the premises of Blogg Bros. caught fire but it appears that the Blogg Bros premises was relatively unscathed.  By 1906 the company was operating from Spencer Street, Melbourne.

A fire which occurred yesterday at Henty's Free Stores, in Flinders-lane, proved more disastrous than was at first expected. The premises were gutted and damage to the extent of £40,000 was done. The origin of the outbreak is still unknown; it is, however, believed that the flames broke out in some chemicals on the ground floor. The "flames" leaped rapidly- and spread to the fourth floor; there was grave danger also that the premises of Blogg Bros., perfume manufacturers, and of the big Falstaff restaurant would be consumed. The firemen worked splendidly, however, and confined the flames to the Free Stores. So well did they battle that the flames did not even reach Henty's bond, which comprises the other part of the building. The water supply was very poor, and there were loud complaints from the fire-fighters.

Blogg Bros. exhibited at the A.N.A. Exhubition in Melbourne in 1906.  A report in The Daily News, of Perth, W.A. 14 February 1906 included a long article about many of the Blogg Bros products. This is the section relating to their perfumes.

POPULAR PERFUMERY.  Perfumery is a separate and distinct manufacture of this firm, Blogg Bros. being the largest and most important manufacturers of those goods in Australia. One glance at the magnificent style in which these goods are packed is almost sufficient to show that they are superior enough to paralyse competition. One of the firm's specialities' in perfumes is ''Love's Bouquet."   Blogg Bros, offered £30 to any hospital named by any importer who could produce (at any price) a perfume that could be said to be better than this delightful scent. It has been declared by "Our Nell" to be the most refreshing perfume obtainable. Another special line is the firm's Violet Toilet Soap, which will compare favorably with the imported article. Mr. E. B. Clarton, a representative of Messrs. Blogg Bros., is at present staying at the Palace Hotel. Mr. Clarton has placed his firm's lines in Africa, Japan, and the East, and in all the Australian States. He will   shortly proceed to England, and from thence to the United States and Canada; in each of which places it is the intention of Messrs. Blogg Bros, to erect factories for the manufacture of their goods. 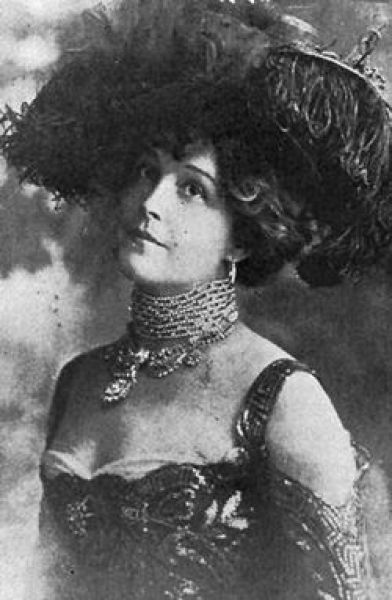 "Our Nell" was Australian stage star Nellie Stewart who was well known for her Gilbert & Sullivan and operetta roles.

The following article from the Launceston, Tasmania Examiner 27 September 1907 gives us an insight into the manufacture of Parviola Perfumes.

THE SCENT OF THE FLOWERS - HOW PERFUME IS MADE.   The bouquet of a fine perfume is most pleasant after one has smelt to the centre of a loaf of freshly-cooked bread. It is then that the senses are most keen. Perfumery chemists always observe the practice when making delicate tests. And who has not been struck with the pungency of a scented handkerchief when seated at a dinner-table? Mr. Blogg, sen., is the father of the perfumery industry in Australia. It has been an uphill fight, but he has at last triumphed. Oftentimes people purchase his wares and sing their praises. They see "Parviola Company" on the bottle, and believe it to be a Parisian preparation. "Parviola Company" means Blogg Brothers." Other manufacturers have had to fight a prejudice against colonial goods with the same weapons. But Blogg Brothers now come out into the open with scents that are distilled from purely Australian flowers, wattle-blossom and boronia, for instance. A Victorian Government expert once told a Royal Commission that scent could not be extracted from wattle-blossom. Mr. Blogg undertook to disprove the assertion, and succeeded after labouring for a month. To-day wattle-blossom is one of the popular scents in Melbourne. Boronia has also been distilled with great success. The flowers used at the factory come from the nurseries at Wandin and Brighton, and from many private gardens. According as the blooms are known to yield their oils so they are variously treated. Lavender is distilled with water. When the oil of the flower has floated to the surface it is separated from the water and dissolved in spirits of wine, to which is added a small quantity of animal musk. The musk gives "wings" to the scene. Without it the perfume could not be "toned off and rounded down" so nicely. Daffodils are macerated in highly mineralised oil at a temperature of 80deg.  Another oil is added, and it "marries" the oil of the flower. The combination is then steeped in alcohol 60 per cent, over proof, when the partnership becomes disolved and the scent freed. A still full of blooms will yield but a tiny measure of scent. It takes 3cwt. of roses to give one-eighth of an ounce of attar of roses. There are many fashionable scents which can be manufactured, notably lilac and violet. One of the principal constituents in violet scent is orris-root (Sweet Flag lily). Then Eau de Cologne is made up in more ways than one. But the most favoured recipe is orange blossom, rosemary, and lemon. "Love Bouquet" is a combination of the rose, jasmine, and other flowers. Perfumes that cannot be manufactured are rose, jasmine, lavender, and boronia. The chemist labels them "elementary" scents. Once having left the "still-room," the first impression one forms of a scent factory is that of a huge fancy goods store. It would seem that the perfume will not sell as a mere article of commerce. It must be put up in handsome bottles, graced with pretty ribbons and artistic labels, and packed in satin-lined, picture decked boxes. Ornaments specially designed to hold a bottle of scent are imported in hundreds. In preparation for the Christmas season Blogg Brothers are busy in their fancy goods store just now. Neat-handed girls are entrusted with this work. They tie a ribbon round the neck of a little cut-glass-bottle with as much care as if it was a child being dressed to go out. It is the beautifying of the bottles that makes the industry such a difficult one to progress within Australia. All the accessories have to be imported. And they are all heavily dutiable.

The  Blogg Bros. company manufactured a number of different household products.   Argus Sauce, similar to worcestershire was popular as were the other products which included Ontario laundry blue, Snow White baking powder and Sunshine boot blacking.  In addition to these there was a range of inks, glues, sauces and essences,

John Kendrick Blogg was an extremely interesting man.   He wrote poetry and hymns, submitting some of his poetry to the Bulletin magazine under a pseudonym.   He was a noted wood carver and in 1915 carved a wooden casket for King Albert of Belgium.  A sculptured panel he had carved was presented to the Prince of Wales when he visited Melbourne in 1920.   J K Blogg died in 1936.